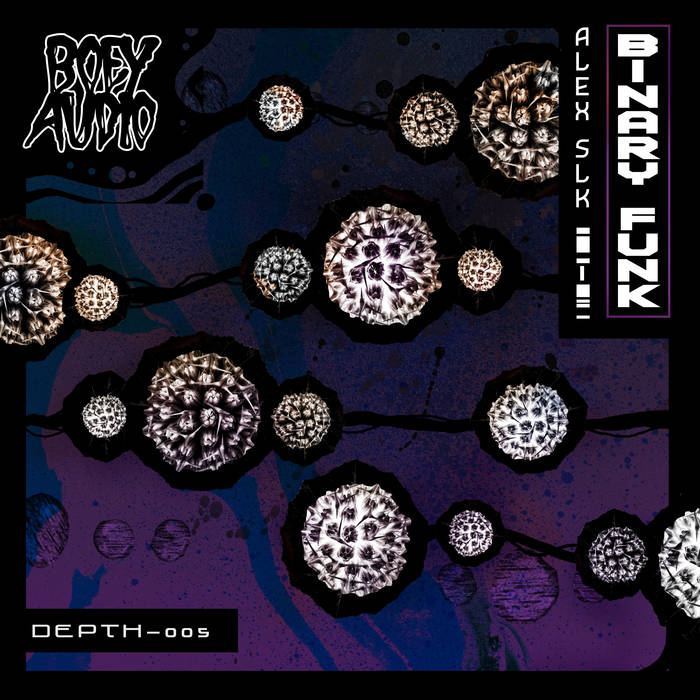 Alex SLK has brought together several artists to collaborate with for his first official EP to drop on Boey Audio.

Hailing from Riga, the capital of Latvia, Alex SLK has been pushing through the expanse of music so he can be heard for quite some time now. After first discovering drum & bass at the age of eight, he stumbled upon one of his parent’s CDs – one which just happened to be Aphrodite’s self-titled album. His knowledge of the genre began to grow and before long he was pouring over Therapy Sessions mixes, where he was soon influenced by the likes of Technical Itch, Dylan, SPL, Limewax, Robyn Chaos and Audio.

This now translates into the high levels of production which Alex SLK boasts in his own work; the ‘Binary Funk’ is cleverly titled and lets you know what you’re letting yourself in for when you first press the play button. Its title-track features an undertow of funk peppered with rolling sub bass and gritty snares, whilst a heavyweight, beating drum pattern sits underneath and it’s the track’s driving force.

The fifth installment in the Depth series also marks the official induction of Bisity into the fam via a staunch collaborative track titled "Clouded Thoughts". It's available as a Free Promotional Download as part of the release.

Next up, Envydnb joins Alex SLK for ‘Sonar’, a record which follows similar sonic patterns although does this through the merging of two powerful forces. Envy adds the sweeping layers whilst SLK delivers the patches of guttural bass sounds which he’s renowned for across his catalogue. And lastly, Alex SLK adds into the mix Kyst Cortezo for ‘No Tears’. With growling vocals sitting on top of a moody bass rhythm and glowing atmospherics, you’re taken out into the deep but the EP’s final track.

Alex SLK rounds off a stellar collection of tracks and in doing
so proves why Boey Audio brought him into their ranks.